The Final Prognosis From Tilda’s Doctor At CSU

Tilda was presented to CSU’s Veterinary Teaching Hospital for a complaint of a previously diagnosed mast cell tumor on her head and approximately 53 other masses all over her body. Upon physical exam, 54 masses were noted, including a rather larger fluid filled mass in the right axilla and another firmer mass in the left caudal mammary chain. No lymph nodes were palpably enlarged. 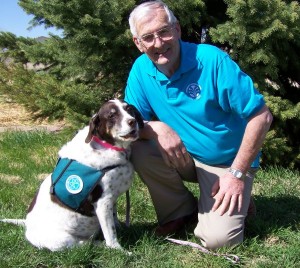 Various diagnostics were discussed to further stage the masses and Mast Cell Tumor diagnosis. These included: thoracic radiographs to check for metastasis to lymph nodes, abdominal untrasound to see possible visceral organ involvement, blood work (CBC and Chemistry), and Fine Needle Aspirate of 2-3 masses to further confirm diagnosis of the other masses as Mast Cell Tumor. No abnormalities were seen on thoracic radiographs. Abdominal ultrasound showed an enlarged liver which could be due to steroid hepatopathy (which can be seen in older dogs) or infiltration of mast cells. The ultrasound also showed some hypoechoic nodules in the spleen. Because of these findings, the liver and spleen were aspirated to check for mast cell infiltration. Both of these aspirates showed mast cells and confirmed that the tumor has spread to both the liver and spleen. Abdominal ultrasound also showed stones in the urinary bladder. A urinalysis was performed via cystocentesis and showed increased bacteria. Because of this finding, a culture of the urine was done. Tilda’s blood work was normal except for mild anemia. FNA’s of a few of the masses on her skin were positive for Mast Cell Tumors. An aspirate was taken of the mass in the left caudal mammary chain and was inconclusive for a definitive mast cell tumor. However, this is the most likely diagnosis.

Based on the findings of today’s diagnostics (multiple, generalized mast cell tumors with abdominal visceral involvement), Tilda is a Stage 3. As discussed, this is a poor prognosis. Various treatment options were reviewed, including surgery, chemotherapy, radiation, and a clinical trial study. Due to Tilda’s abdominal visceral involvement and multiple mast cell tumors, surgery and radiation therapy are not plausible options. We recommend that 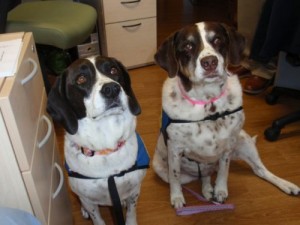 Tilda be involved in the Clinical Trial Study. This involves taking a biopsy of a few of the mast cell tumors, looking at the physiological properties of the tumors, and then randomly assigning a chemotheraputic agent (Vinblastine or Palladia) based on the previous physiologic findings. The biopsy was performed today, and once the results are received, we will assign a chemotheraputic agent for Tilda. We will call you with those results as soon as possible and inform you of the therapeutic plan for Tilda.

Until you hear from us, please administer the drugs dispensed according to the directions. It was an absolute pleasure working with Tilda. She is one of the sweetest and kindest dogs I have met. I appreciate you entrusting her in our care!